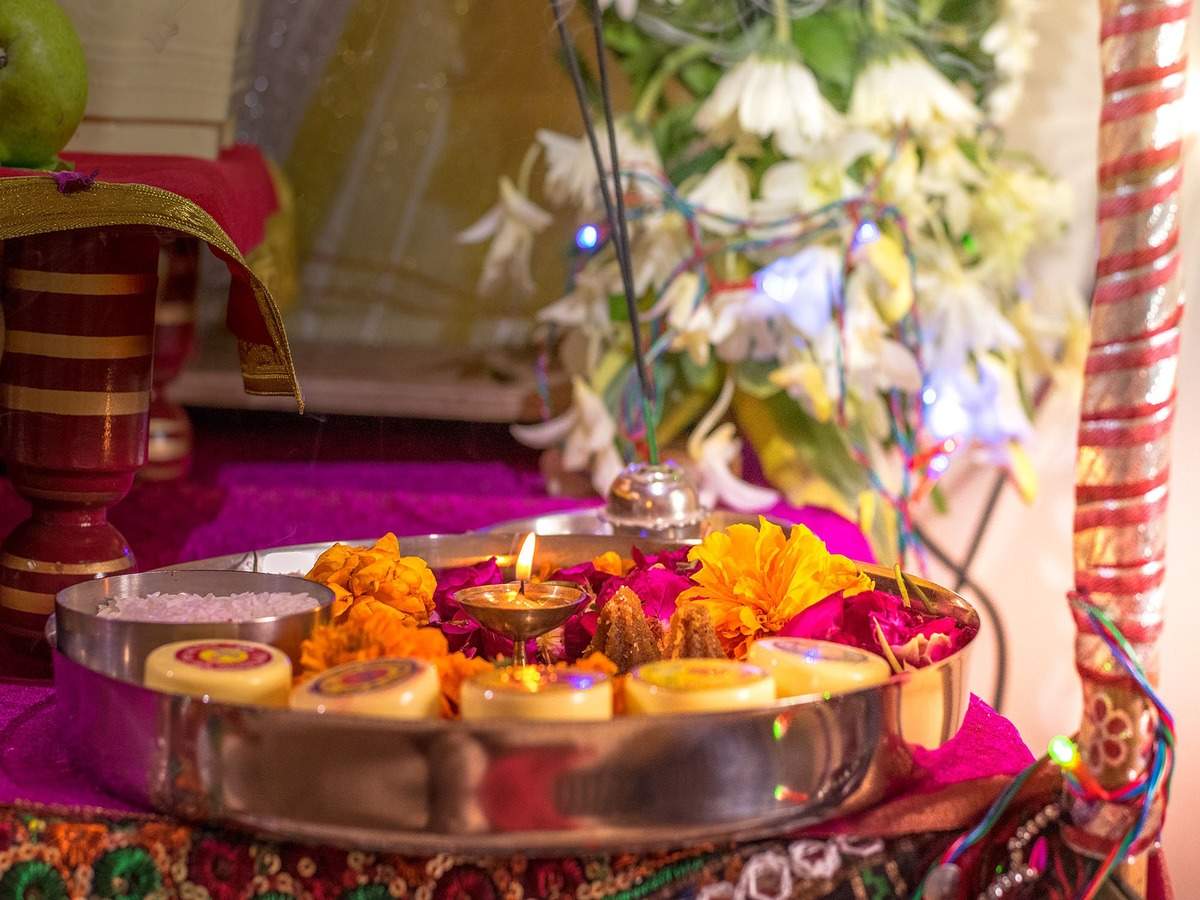 Avidhava Navami is a sacred ritual in Hinduism observed on the 9th day (Navami) of Pitru Paksha (the fortnight dedicated to ancestors) period. This day is dedicated to married women who passed away before their husband’s death. That’s why this day is observed by widowers only. People worship demigods like ‘Dhurilochan’ on this day, instead of Hindu Gods. The word ‘dhuri’ means smoke and ‘lochan’ implies eyes in Hindi. Since the eyes of the demigods remain half-closed due to the smoke, hence the name ‘Dhurilochan’. The devotees worship to invoke these Gods and seek their blessings on the Avidhava Navami day. The rituals of Avidhava Navami vary among regions and communities. The day is mainly observed on the northern side and is otherwise known as ‘Adukha Navami’.

The term ‘Avidhava’ means ‘not a widow’ or ‘a Sumangali’. Therefore, the customs of Avidhava Navami are conducted for women who died as Sumangali. It is believed that performing the Avidhava Navami Puja gives peace to the souls of married women after their death and they in turn shower blessings on their children. As per Hindu mythology, Avidhava Navami should be observed till the husband of the deceased woman is alive. The puja should be stopped after the death of the husband. Therefore, the Avidhava Navami Shradh Karma is conducted only for women ancestors and if anyone misses out to perform the rituals due to any reason, it can be performed on ‘Mahalaya Amavasya’.

DevDarshan facilitates online Daily Darshan, Pujas and digital donations for Devotees. Due to the present state of the pandemic, the majority of the Temples have shifted to conducting online Avidhava Navami Puja for the convenience of the Devotees. However, it becomes a bit of a hassle to connect to the Mandir priests to get the puja conducted. DevDarshan can come to your rescue at that moment. DevDarshan is a platform which provides a smooth interaction between the Temples, Pandits and the Devotees without much worry and hassle. It also conducts online Pujas such as online Avidhava Navami Puja. Check out the online services provided by DevDarshan here and get your bookings done in one click.