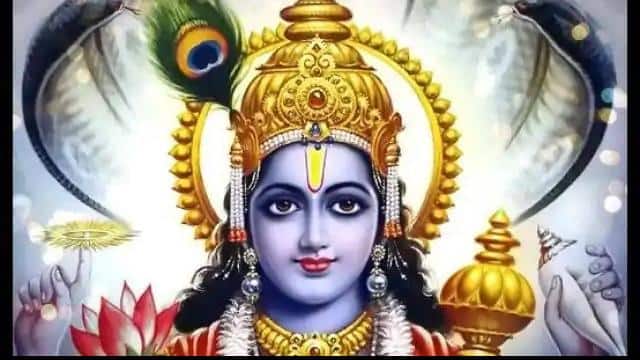 Kamika Ekadashi is one of the most important Ekadashi fasts that’s observed on the 11th day of Krishna Paksha (new moon) during the ‘Shravan’ month as per the Purnimant calendar, or Ashadha month according to the Amavasyant calendar. It comes after Shayani Ekadashi and is followed by Shravan Putrada Ekadashi. Kamika Ekadashi is also the very first ekadashi that falls during ‘Chaturmas’, the sacred period that is dedicated to worshipping Lord Krishna. The day is celebrated with great zeal and enthusiasm by Hindus across the country. In 2021, the auspicious Kamika Ekadashi Vrat falls on 4th August.

Kamika Ekadashi is considered to be a pivotal fasting day in Hinduism. It’s mentioned in the ‘Brahma Vaivarta Purana’ that any devotee who successfully completes the Kamika Ekadashi Vrat can get happiness, success and prosperity in life. All their wishes are fulfilled by conducting various Yagnas. It is believed that this holy fast also helps to eradicate all diseases and take the devotees in the path of spirituality and ultimate devotion.

According to Hindu mythology, Lord Krishna told Yudhishthir about the significance of Kamika Ekadashi during the Mahabharat. He said that the vrat pardons all the sins of the devotee keeping the fast and helps in attaining ‘moksha’. Kamika Ekadashi also helps one to eliminate ‘Pitru Dosha’. Thus, it’s rightly said that keeping the Kamika Ekadashi fast can help the performer to achieve a divine place in the Vaikunth, the abode of Lord Vishnu.

On the fasting  day, devotees get up early in the morning and take a bath before sunrise. Then they perform the  puja by offering yellow clothes to Lord Vishnu along with sandalwood paste, earthen lamp, basil leaves, flower garlands etc. Panchamrut Abhishek is done too. On this day there is a special significance of worshipping the Tulsi plant as Tulsi Ji is considered sacred to Lord Vishnu. Special bhog is also offered to Lord Vishnu and various Vishnu bhajans, mantras and Satyanarayan Katha are chanted to please the deity. The devotees can break their fast in Parana on the next day after donating clothes and money to the Brahmins.

Now, due to the present state of the pandemic, most of the temples have shifted to conducting online Kalashtami Puja for the convenience of the devotees. However, it becomes a bit of a hassle to connect to the Mandir priests to get the puja conducted. Dev Darshan can come to your rescue at that moment. Dev Darshan is a platform which provides a smooth interaction between the temple houses and the devotees without much worry and hassle. It also conducts online Pujas such as online Kalashtami Puja. Check out the online services provided by Dev Darshan here and get your bookings done in one click