The Personality of Pisces Zodiac Explained: All Secrets You Need to Know!

Pisces is the twelfth sign in the zodiac chakra. The symbol of this zodiac is fish. Pisces Zodiac people are very versatile in nature. They also live in a world of imagination and try to convert their fantasies into reality. They are good as friends but they take time to be friends with people since they don’t trust people easily. In the symbol of Pisces, two fishes are seen swimming in opposite directions, that is, the people of this zodiac are rich in versatility and sometimes they differ from everyone in their views.

Pisces people are sensitive as well as mysterious. Freedom means a lot to these people. They do not allow anyone to dominate them. They also dream big and like to live in their own fantasy world. These people have a different outlook on life, which can be real and in some situations, completely fictional. These people find it hard to accept that their views are imaginary and sometimes practically not possible. This tendency also makes them lazy and inactive at times.

Zodiac of water element is Pisces

Pisces is the zodiac of the water element. Water symbolizes emotions. The emotions of the people of Pisces zodiac are either like waves of water or like still water. A mystery like the water of the sea is also seen in their behavior. These people are kind, which again has connections to the water element. Due to the influence of this element, these people are sensitive and spiritual too.

Personality of people of Pisces Zodiac

Pisces people are vulnerable and emotional. They like to live in the world of fantasies. They are very romantic in nature. These people are very secretive about some parts of their life. They also look out of care, affection and long term relationships. They invest a lot of time and emotions in building up a good relationship with their partner. Such people are good as friends but they don’t mix with people easily. They are introverts to the outside world but are extroverts in their own circle. They don’t trust people easily but once the trust is developed, their association with that person lasts for a very long time. These people love to travel, read and write. They are very cautious and smart when it comes to spending money. They do not indulge in extravagant expenses.

Weaknesses of the people of Pisces Zodiac

People of Pisces zodiac are highly imaginative. Sometimes it becomes difficult for them to differentiate between fiction and reality. They get too indulged in fictional stories and forget the real word sometimes. They get disillusioned and distracted at times. Lethargy and sadness often surround them. They get irritated very easily. They also waste a lot of time due to laziness.

Jupiter is the Lord of Pisces

Jupiter is the lord of Pisces. This planet is considered to be a representative of knowledge, spirituality and religion. Due to the influence of the planet Jupiter, the people of Pisces are emotional and compassionate. They are very kind and soft spoken. People of Pisces Zodiac always go out of their way to help their friends and family. They also donate a lot to the poor and needy.

Pisces people are imaginative and sensitive, therefore they can excel in fields which require creative power of fantasies such as the film industry. These people also like to do religious and charitable work. They can do well in the field of entertainment. Some people can become artists, musicians, comedians etc. Such people like to write, so they can be successful in the field of writing. 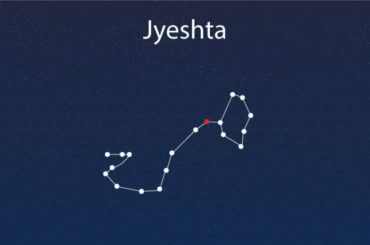